Dr. Mark Stetter is dean of the School of Veterinary Medicine at the University of California, Davis (UC-Davis).

His research and treatment expertise encompasses diverse areas within his primary emphasis on wildlife and zoo animals.

Dr. Stetter served as director of animal operations, director of animal health, and clinical veterinarian at Walt Disney World for 15 years where he provided oversight and leadership to the animal care and animal health teams at Walt Disney World and was responsible for more than 500 employees and multiple animal collections— including Disney’s Animal Kingdom Theme Park, The Living Seas at EPCOT, Tri-Circle D Ranch, and the Animal Kingdom Lodge.

He then spent a decade as dean and professor in the College of Veterinary Medicine and Biomedical Sciences at Colorado State University. He helped drive the creation of a new medical education program in partnership with the University of Colorado School of Medicine; worked with the provost’s office to create a university-wide One Health Initiative; established a new DVM education program with the University of Alaska-Fairbanks; and helped launch numerous Diversity, Equity and Inclusion (DEI) initiatives. In addition, he was instrumental in the college raising over $370 million for new buildings, student scholarships, endowed positions, and research programs, among other uses.

Dr. Stetter’s research interests have included advancing minimally invasive surgery in non-domestic species and have included work on a variety of different animals including fish, reptiles, birds, and mammals.

His work has resulted in over 100 scientific publications and conference presentations, with writings that often focused on diseases and treatments pertaining to elephants, crocodiles, gorillas, frogs, monkeys, rhinoceroses, and many other species.

Dr. Stetter has been very active in a variety of professional organizations, including service as president of the American College of Zoological Medicine, founder and president of the Elephant Population Management Program, chair for the Wildlife Scientific Advisory Board with Morris Animal Foundation and chair for the research committee within the Association of Zoo and Wildlife Veterinarians.

He earned both his B.S. in biochemistry and his DVM from the University of Illinois at Urbana-Champaign. 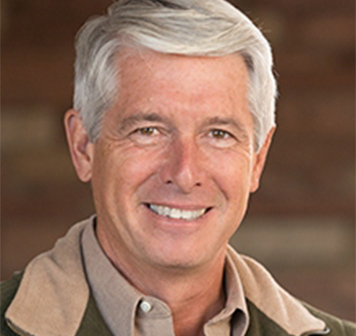