Communication consultant Jeanne Johnson began working for the AAVMC as a contractor in 2011. Her award-winning communications experience includes working across a wide variety of platforms, including print, video, radio and social media.

Over the course of 20 years, she’s created, managed and implemented communications for education (Johns Hopkins, Radford and Averett Universities), medicine (AAVMC and the Johns Hopkins Institutions), technology (HopkinsOne), and the arts (RU’s School of Visual and Performing Arts).

Jeanne earned her way through college as a radio reporter for NPR affiliates and worked as a reporter and columnist for s group of community newspapers in Chicago before transitioning to public relations and communications, with an emphasis on higher education and medicine.

She earned a bachelor’s degree in broadcasting communications from Northern Illinois University and a master’s degree in journalism from The Ohio State University.

Jeanne is the proud mother of two grown sons and an adorable Goldendoodle. 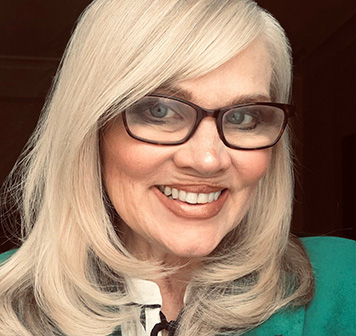